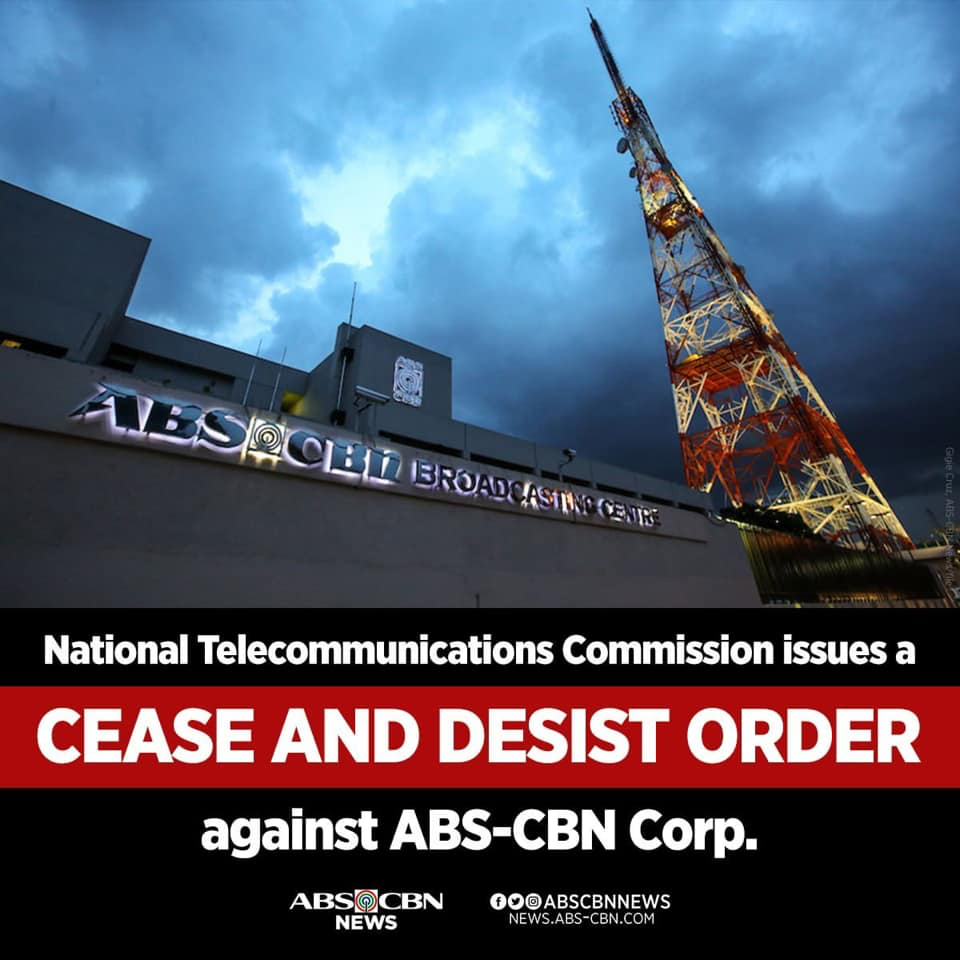 Public broadcaster and media outlet ABS-CBN forced off air, after House of Representatives, dominated by a “supermajority” of Mr Duterte’s allies, drag their heels on renewal of the media firm’s franchise to operate.

Earlier, the Solicitor General Jose Calida, a Duterte appointee, warned the National Telecommunications Commission led by Mr Gamaliel Cordoba, that the Commission could potentially face administrative charges if they acted to issue a provisional permit to operate, until the franchise could be renewed by Congress.

There is speculation that the closure of the media and entertainment company, controlled by the Lopez family, was prompted by unfavorable journalistic coverage of Mr Duterte and his allies before and since Mr Duterte’s election to the presidency in 2016.

It is unclear at this time why Mr Duterte’s administration, which has been pushing for the implementation of Martial Law in the midst of a national, and global, health crisis caused by the SARS-CoV-2 pandemic, has permitted events to come to a head with the closure of a Filipino-owned media company, which TV and broadcast operations ceased early in the evening of Tuesday, 5 May, 2020.

Some 11,000 media workers will be effectively left unemployed, during a time when pandemic-related quarantine measures have severely curtailed economic activity in the Philippines.  The government is currently struggling to provide financial support to millions of persons whose incomes have been disrupted by quarantine-related lockdowns.

It is expected that Senator Christopher Lawrence “Bong” Go, who is expected to gun for higher office in the Philippine national elections of 2022, will make moves to “intercede” with the President on the behalf of public interest.