To the Representative to the House for Mandaluyong City:

I am Antonio A Hilario, resident of this city.

I am looking forward to Mr Duterte leaving office, now. It occurs to me that this is going to leave a sour taste in the mouth for the two-fifths of the electorate that managed to get their wish – a leader who promised straight talk, and fast, far-ranging solutions to complex problems.

I count myself part of the opposition to Duterte’s “leadership,” if you could call it that. Apart from wanting a President who thinks clearly and deeply about things that matter to me, what do I want from the government that will supplant this one?
1. An election reform law in two parts: Modify the Omnibus Election Code to institutionalize a runoff mechanism to reduce a multiway Presidential race to a choice between two leading candidates. Let’s not do this again – permit a candidate chosen by a non-majority to impose a wildly unreal platform of governance on the entire country. And some sort of law that will attenuate the impact, if not remove the possibility, of forming a legislative supermajority like we saw with the 17th Congress. I don’t know if that’s a good idea, let alone how it can be done.
2. Immediately define a program to improve the Local Government Code to address both a) devolution of political and fiscal authority, and b) improvement of NG project budgeting for provincial infra development. We learned that a periodic review of the LGC needed to be done, was mandated to be done; the next government will just please see to it.
3. I want the banking system to extend credit to startup manufacturing enterprises that can be grown from Kickstarter– or Crowd Supply-like projects by Filipinos. I want our existing export industry to be mandated to support these enterprises. The idea is to promote what the previous generation called “high-tech industry” including not just electronics and communcation technology, but also maybe biotech and software engineering, and I.T. security. For example, it would be nice for companies like Mesco, who manufacture and market machine tools, be given tax credits for providing low-cost consulting and machining/manufacturing support for a bunch of inexperienced designers who want to bring a design to market. That’s going to take a regulatory framework I don’t feel is present today.
4. I want the Department of Justice and Commission on Human Rights to institute a program to support litigation by victims of tokhang against the State, for the utterly irresponsible conduct of the present government’s “drug war” campaign. The country must make amends, by means including indemnification, to citizens harmed by this policy.
5. I want this problem of food security to go away: Government has to find a way to support ALL the smallholder food farmers to improve their efficiency and make rice and vegetable farms viable sources of income.
6. I want a fair share of the benefit and responsibility of using the West Philippine Sea, and for Government to work with co-claimants to put together a unified diplomatic front against China’s expansionism.
7. I want political party platforms, and not the whims of powerful, unaccountable patrons fronted by attractive personalities, become the basis for NG programs. This inescapably means that private campaign funding must become more strongly regulated, and possibly that money for e.g. airtime on commercial broadcast stations, indirect funding of political party operations (by tax credit, maybe) has to come from the public coffers.
8. I never ever want to hear again, the line that “the Constitution is trash”, come from the mouth of any Filipino of voting age, who has absolutely no argument to back that up. I put this to the secondary schools to have to fix. There’s only so much that an individual citizen can do to help make the Constitution accessible to others, and it is not enough to merely publish the Constitution online.

9. A president who isn’t such a fucking jackass (and deserved special mention in my privacy policy), who doesn’t represent the worst of the politics and mindset of the 70s – that would be good to have, along with a new government.
– Some thoughts arising from first reading, a couple of days back, Ateneo de Manila Lecturer Segundo E Romero‘s post on the idea of a shadow cabinet, a shadow government.

That’s it – I’m giving up for the day.  Twenty-one hours of searching online for a copper plating service that’ll give me PCB through-hole plating anywhere in Metro Manila yields nothing. And worse. END_OF_DOCUMENT_TOKEN_TO_BE_REPLACED

It is the day. Today is the day when we finally assemble the first of three motor controllers.  Rather than ruin a perfectly well-etched board, we’ll experiment with a vise-mounted, handheld power tool to drill 0.8mm vias into our test board.  The test board is a reject from a previous expose-and-etch attempt that had uneven trace widths.

END_OF_DOCUMENT_TOKEN_TO_BE_REPLACED

Haven’t gone out to get an oven toaster yet, so assembly of the first prototype board will have to wait until next weekend. Meanwhile here’s an update of what’s been done so far. 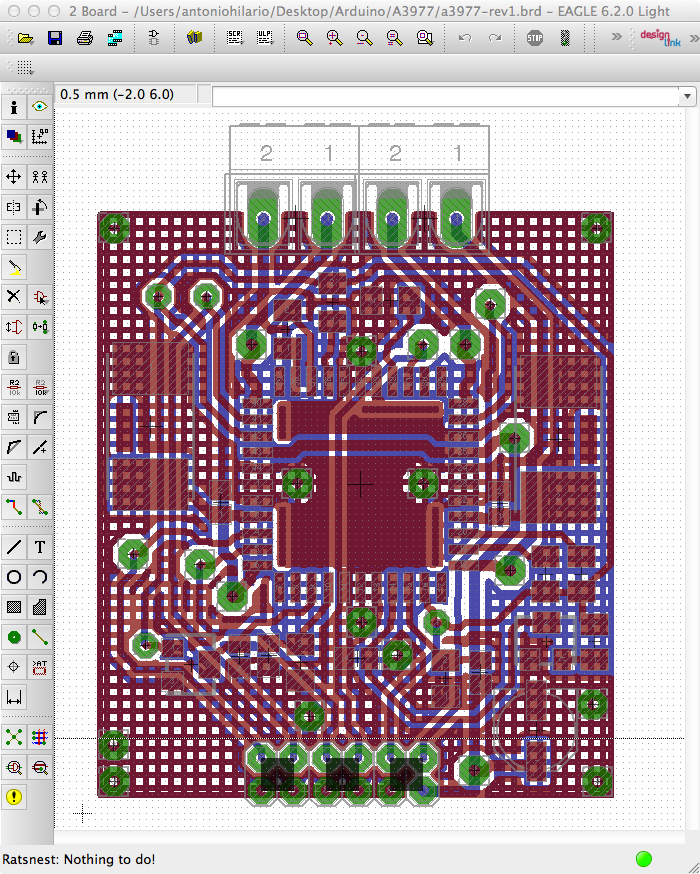 END_OF_DOCUMENT_TOKEN_TO_BE_REPLACED

Taking a paper prototype to places it really can’t go. This is just a test of placement – the 1-1 size layout simply serves to verify that our parts will rest correctly on the pads.

The circuit layout was done in Cadsoft Eagle, with circuit traces that are at minimum 0.5mm wide. It took several days of tweaking the schematic and the layout to ensure that this board could be assembled at all: The screw terminal block (for the motor) and pin headers (for the Arduino) needed to have solder pads all on one side of the board. Any vias would have to be hand-soldered after oven reflow, using snippets of copper wire.

Now to get back to work – etching this over the weekend, after I buy a small oven toaster and thermometer.

I’m tickled by the thought of building a chair lift, if this CNC table project doesn’t pan out.

Much thanks to RS Electrocomponents PH for reducing the sheer physiological stress an order of magnitude, of my putting this CNC project together. You folks rock! 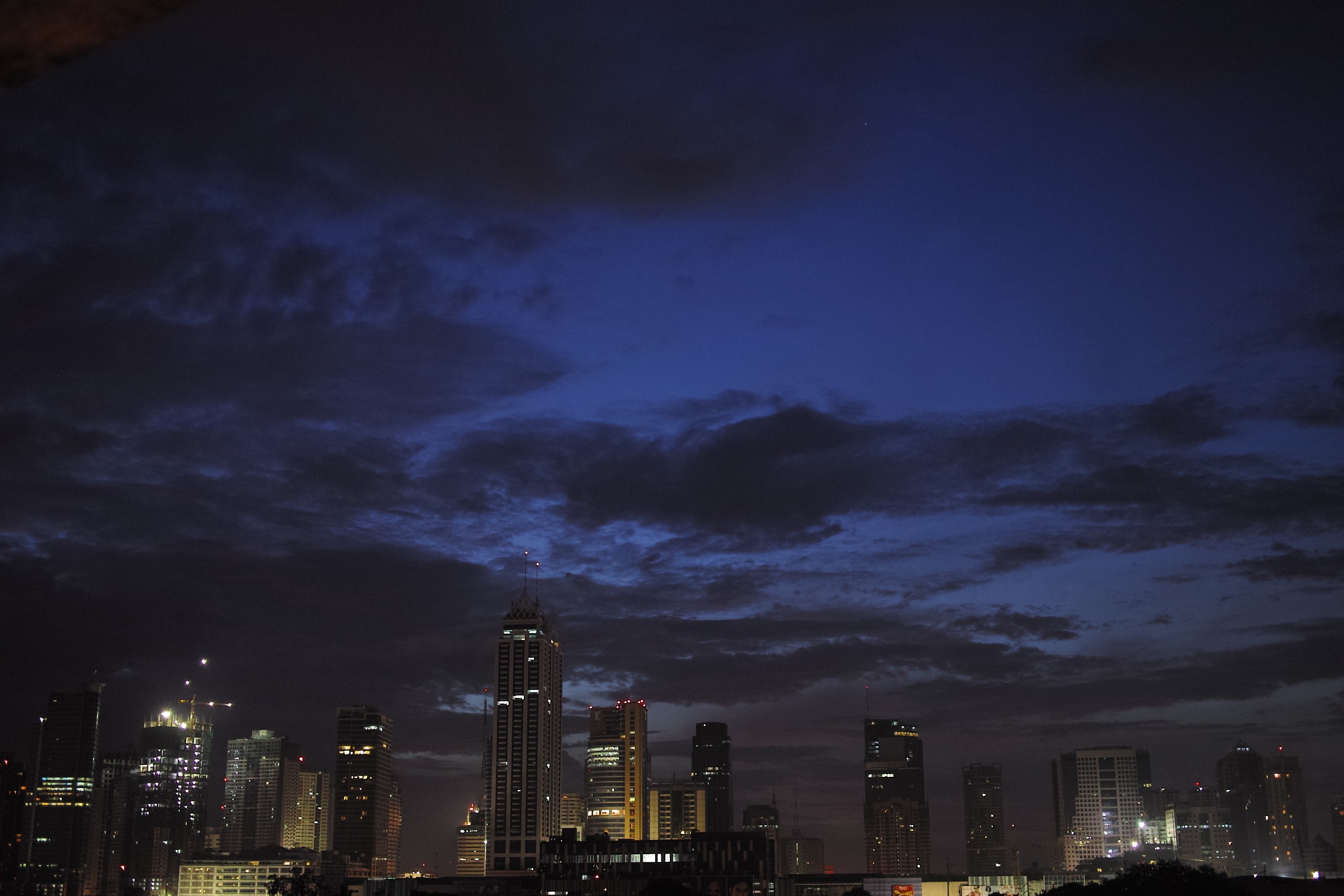